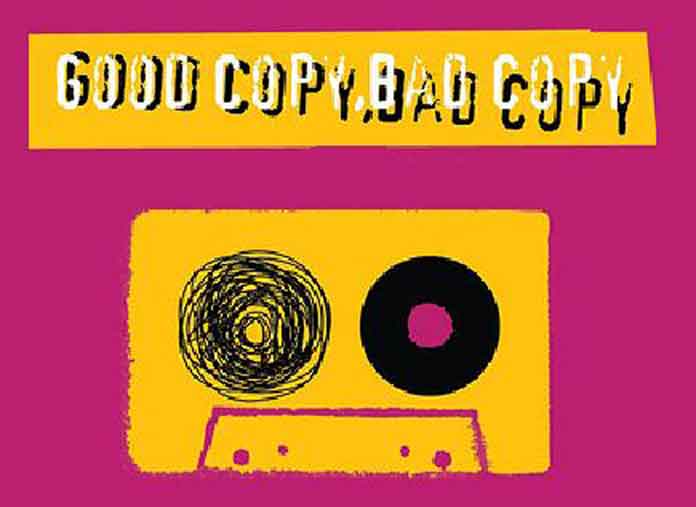 Personally, I am not a fan of copyright licenses. Oftentimes I feel restricted in my work, unable to sample almost anything at all for fear of infringing copyright laws. This comes as no real surprise, me being of the mass media Internet generation who doesn’t much care for the mainstream music or film industries and all.

That said, I still enjoy a good album or movie in much the same way I like lighter, DIY user created content such as video mashups, and respect peoples’ rights to make money from their creations. Heck, it would be nice to one day make something out of what I do, but of course it’s never the primary motivation. People motivated by money may be rich but, on the whole, aren’t very nice individuals, and I’d hate to become one of them.

Good Copy Bad Copy is a Danish documentary offering some hope for the future, a utopian world where individuals are free to express their creativity with as wide a range of media as is available without fear of censorship. It’s a great watch for anyone interested in such things, covering copyright laws in the United States, Europe and even Nigeria. Here’s a bit of taster, the final minutes of the film:

3 thoughts on “Good Copy Bad Copy: Creativity on the line [The VHS Project]”